The Icelandic horse has a long history that is appreciated by both Icelanders and foreigners. Brought over by the Vikings in the late 9th century, it has played an important role in the formation of the country. First and foremost, it was the best mode of transport in the early history of Iceland. Strong and sturdy it could transverse mountains and valleys and ford glacial rivers and streams. Nowadays horse breeding has never been more popular, and it‘s also important in the tourism sector. Many people enjoy horseback riding in their leisure time, and it has become a popular activity for tourists to undertake in the country. Many stables are located in and around Reykjavík, and on the outskirts of most small towns in Iceland. Annually 3,000 horses are exported abroad, to ride but also for the superior quality of meat they provide. However, most people in Iceland enjoy watching the horses from their car seat whilst touring the Icelandic countryside. 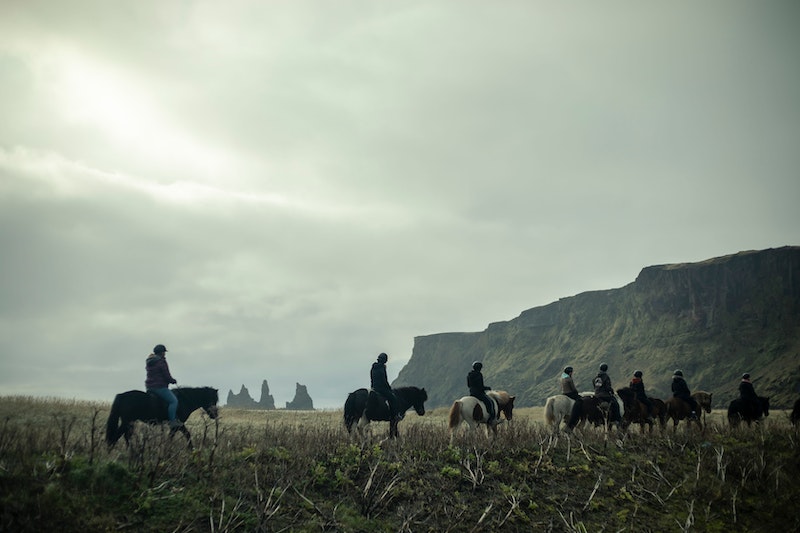 Before the 20th century the horse was essential for life in Iceland. As the main mode of transport, it fetched the midwife and carried the coffin to church and so it followed people from the cradle to the grave. Over time it’s role and symbolism has changed. It performed a key role in Viking mythology, and was seen as a fertility symbol and guardian of poetry. The most famous horse from the Norse mythology is Sleipnir, Óðin‘s eight footed horse. Those familiar with the Marvel movies, and Norse mythology, will be aware of Lóki, the trickster god. Through a bizarre twist of fate and a very interesting story, Lóki is actually the mother of Sleipnir!

When Icelanders converted to Christianity in the year 1000, they were exempt from the general ban on eating horse meat in Europe. However, this exemption did not last long, but nowadays you can easily buy horse meat in supermarkets and at the butchers.

In contemporary society Icelandic horses can reach high prices. Orri frá Þúfu was the most famous stud of the 20th century, fathering 1,320 foals. He is regarded as the most expensive horse, and in the year 2000 a $1 million  bid for him was rejected.  However, on average a standard Icelandic riding horse costs between $1,500-2,300.

In 982 AD the Icelandic parliament passed laws prohibiting the importation of horses into Iceland, thus ending crossbreeding but there had been several attempts to introduce eastern blood into the Icelandic horse. The breed has now been bred pure in Iceland for more than 1000 years.

Due to this isolation, the Icelandic horse breed has not been exposed to a number of diseases or pests. When a horse leaves Iceland it can never return back, lest it brings disease back with it. So Icelandic horses participating in the World Championship of the Icelandic horse leave Iceland for good, as this event is never held in Iceland. The biggest tournament in Iceland is called Landsmót, and it is held every second year. At these tournaments the horses get grades for their build, gait and racing quality. It is also an opportunity for Icelandic enthusiasts to meet. Indeed, there are more Icelandic horses abroad than in Iceland!.

The Icelandic horse is quite short and stocky, especially in comparison to other breeds of horse. Importantly, however, it is strong, generally healthy and adapted to the tough weather conditions in Iceland. Despite its smaller stature, it should never be referred to as a pony, at least not in earshot of an Icelander! The average size of the breed is close to 145 cm and the largest known Iceland horse is Sólon from Langholt who stands at 162 cm at withers. 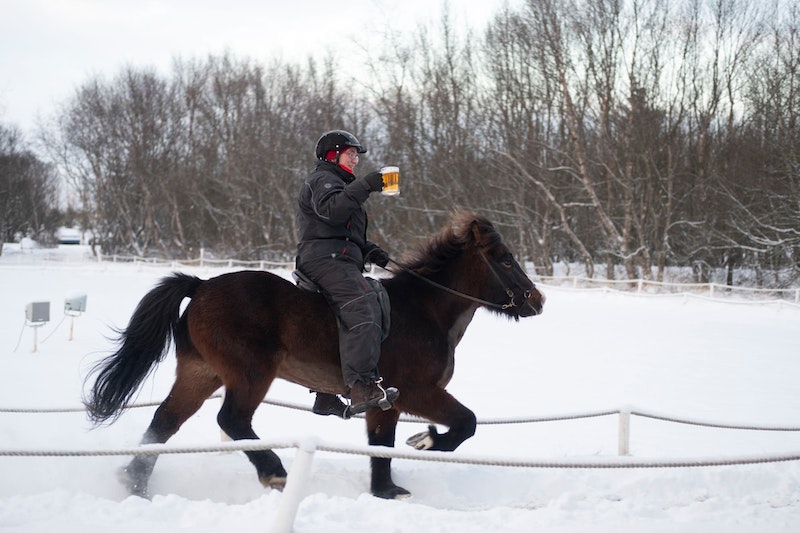 What‘s truly special with the Icelandic horse is that it‘s a ‘five-gaited’ breed, known for its sure-footedness and ability to cross rough terrain. As well as the typical gaits of walk, trot, and canter/gallop, the breed is also able to do the ambling gait known as tölt and it performs a pace called skeið (flying pace).

The Icelandic horse is woven into the country‘s culture. It‘s hard to read an Icelandic novel or watch an Icelandic film not to come across some horses. To get a slight introduction into the horse culture it is good to watch the 2013 film called ‘Of horses and Men’, which covers the horse breeding industry including well-known salacious gossip and tales.

When you visit Iceland, horseback riding is a must do activity. You can also join us on our small group Golden Circle Tour where we visit Friðheiðmar farm among other sightseeing places and get to see their greenhouse and their special Icelandic horses. 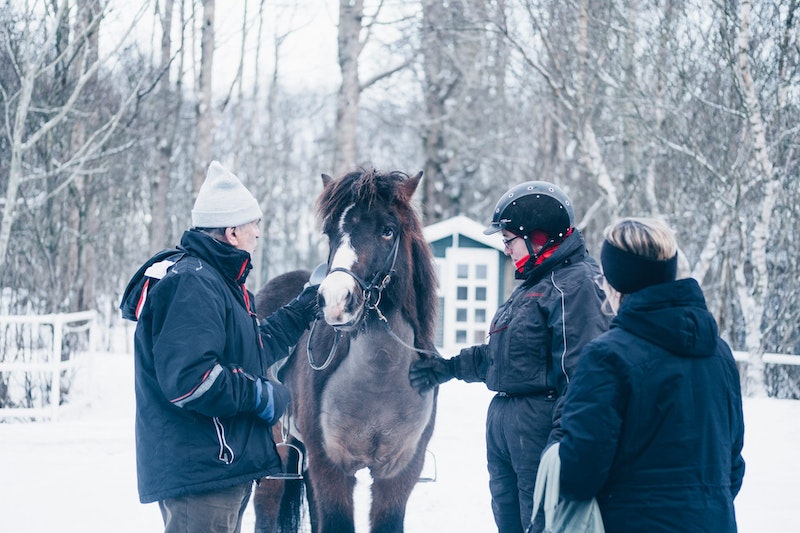