It’s been approximately 3 years since the last eruption in Iceland. Which volcano may be the next one to erupt?

It’s been approximately 3 years since the last eruption in Iceland. 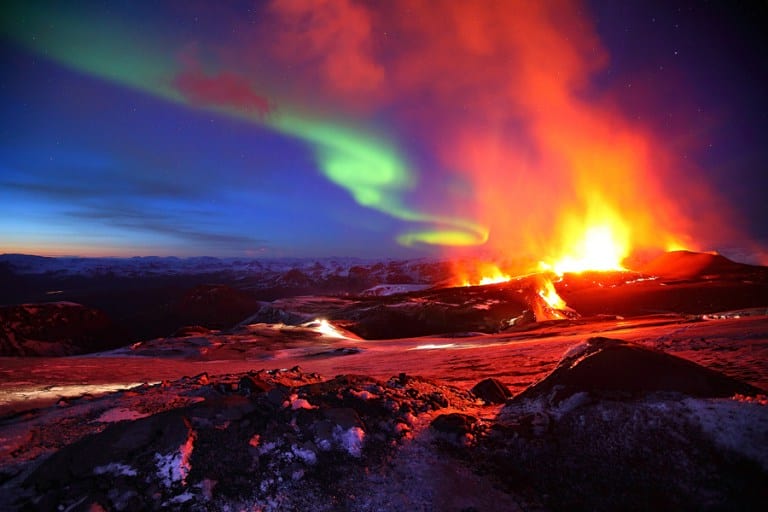 Holuhraun, which started in August 2014 and ended February 2015 was the largest eruption in Iceland since 1783.
There is an eruption here approximately every 4 years and is about due for the next eruptions. In this blog I will give you a couple of the next contenders. Who’s it going to be?

Hekla “the gateway to hell”
Iceland’s most active volcano has erupted over 20 times since Iceland became inhabited. Keep your eye on this gem for she is a wild one. It last erupted in 2000 and is said its ready to blow at anytime.

Katla
She hasn’t erupted for over a hundred years and is overdue for an eruption. Over the summer the MET office moved its status from green or “no activity” to Yellow “showing signs of unrest”. For now the volcano is listed at green but the unrest continues and this sleepy giant is slowly waking up.

Örævajökull
The largest active volcano in Iceland is waking up from a 300 year sleep and boy is she is crabby. The past few months have seen earthquake after earthquake becoming larger and larger. Currently the MET office has her listed as yellow. Lets see if she will be the lucky winner.

Who’s it going to be? Please leave a comment below and let us know whom your bets are on.

Operational product, please do not book this directly.