The idea of a singular Santa Claus has brushed aside in favour of thirteen “Yule Lads” who deliver various kinds of mischief (and sometimes gifts if you leave a shoe out for them). These Yule Lads come down from the mountains where they reside with their troll parents Grýla and Leppalúði and the Christmas cat.

If you happen to take a walk around Austurstræti at the bottom of Laugavegur you may be rather started by a new appearance in the small square there.
A large statue of a black cat, which at night lights up with the glow of an array of fairy lights, now sits with a menacing paw outstretched in front of it. You may initially think that this statue is cute, perhaps a testament to the Icelanders hidden love of all things feline but beware! You stand in the shadow of the Jólakötturinn… The Christmas cat! 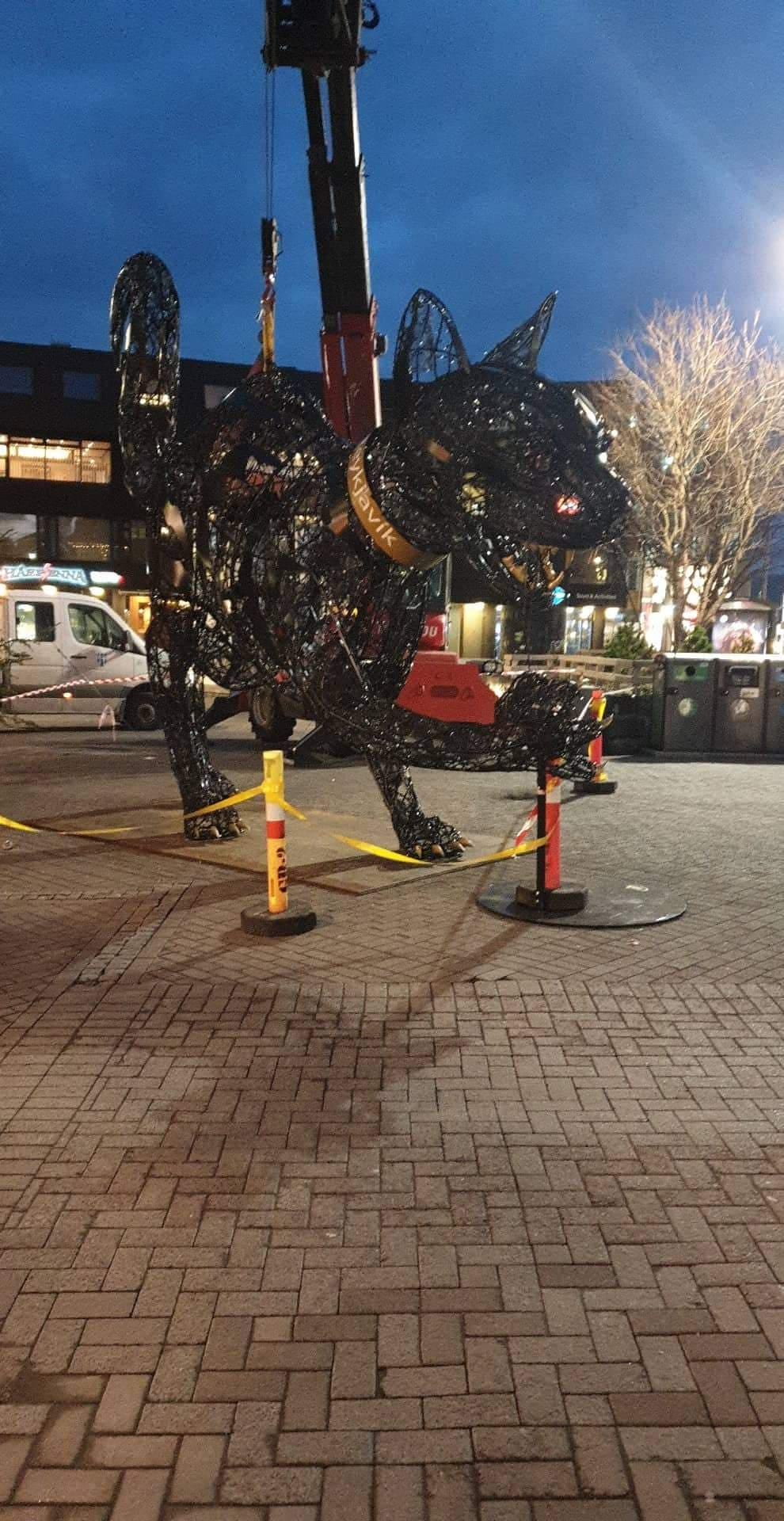 This cat is part of the incredibly quirky story of Christmas that they have here in Iceland where the idea of a singular Santa Claus has brushed aside in favour of thirteen “Yule Lads” who deliver various kinds of mischief (and sometimes gifts if you leave a shoe out for them). These Yule Lads come down from the mountains where they reside with their troll parents Grýla and Leppalúði and the aforementioned Christmas cat.
This story may seem to have a certain sweetness to it and more modern depictions of these characters certainly put more emphasis on their roles as benevolent pranksters that deliver gifts but their origins are much more sinister. Grýla, for example, is often depicted as a giant of a woman with a taste for human flesh and the Christmas cat is said to eat children who do not receive new clothes at Christmas time. (we will never complain about getting socks at Christmas again!)

Though it may seem highly strange to those familiar with the more traditional Christmas images that dominate media in countries like England or America if you plan on visiting Iceland during the winter months you are highly likely to run into these figures.
We are here to give you the crash course! Every day we will update the blog with an introduction to each Yule Lad on the day they are due to arrive in town!

The full story of all the yule lads is told in a poem called Jólasveinarnir which many Icelanders will be able to recite from memory!
There is also a gift-giving tradition that surrounds these 13 days commonly known as the ‘Shoe presents’. Children are encouraged to leave out a shoe during these Christmas days and if you have been good you will find small gifts in your shoe every morning! Bad children, however, may find an old potato… A sign that they may have to change their behaviour!

Grýla and the Christmas Cat

While the Yule Lads make up the bulk of the Icelandic Christmas story we cannot forget their mother and her monstrous pet cat.
As mentioned Grýla is a giant female troll whose history in Iceland goes all the way back to the thirteenth century where she is mentioned in the Edda by Snorri Sturluson. It wasn’t until the seventeenth century however that this mythical woman was associated with Christmas when she became the mother of the Yule Lads. It is said that Grýla possesses the ability to detect children who have behaved badly, a power that she uses at Christmas time to hunt for naughty children to eat by cooking them into a stew. She supposedly lives with her (third) husband Leppalúði in a cave out in the Dimmuborgir lava fields where she also keeps her pet cat. 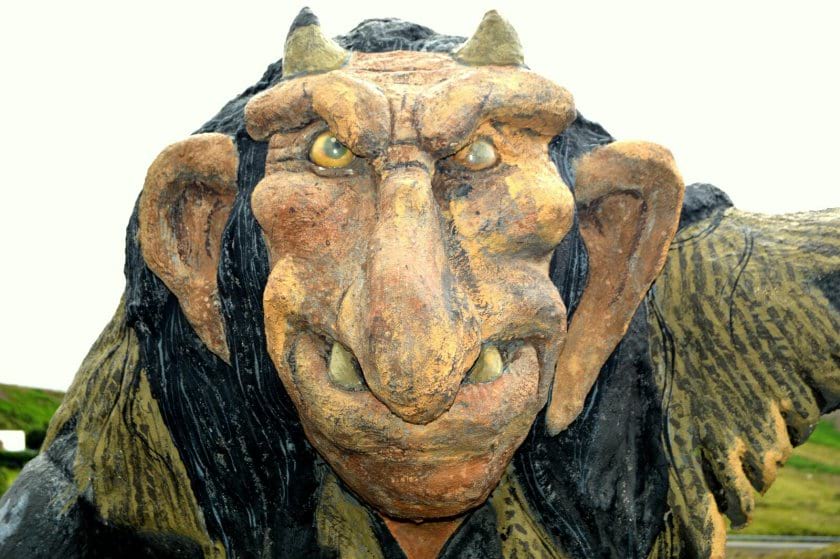 Much like it’s master the Christmas cat enjoys eating children however it is much more discerning with how it picks its food. The cat is said to eat children who do not receive new clothes at Christmas and so it is quite common for people to gift items of clothing at Christmas in the hopes of keeping their loved ones safe.
The Christmas cat is believed to be one of the more recent additions to the Christmas story with records of its existence only seeming to exist in and around the nineteenth century. It is thought that the story of the cat was used in farms where its existence was used as an incentive to finish the autumn wool harvest before Christmas. The farmers that worked hard were given new clothes and thus spared the wrath of the cat whilst the ones who did not work hard were left to its mercy.
The poet Jóhannes úr Kötlum is the person most attributed with popularising the idea of the cat is some sort of man-eating monster due to his poem Jólakötturinn that talks about the subject.

With our introduction done all that is left to do now is to wait for the yule lads to arrive starting tomorrow! (December 12th) So check back tomorrow!