For many people the Icelandic language looks very complicated and the long words seem to be unpronounceable! But, when you look a little closer it isn’t actually so bad!

Icelandic is in fact a Germanic language; the same language group as English, for example. Also, German, Dutch, Norwegian, Danish, Swedish and Faroese all belong to this language group. If you happen to speak any of these languages you will definitely be able to understand at least a few words, although maybe you will need to read them a couple of times! 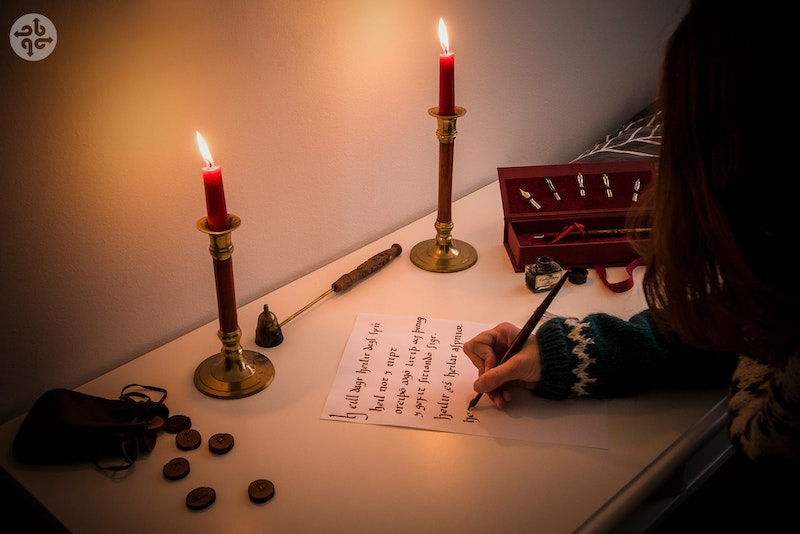 But the reason why Icelandic words can get so long is because all the separate words are put together to make one new word. In English if you want to describe an object in more detail you simply use separate words. If you are trying to say it is not just a key but specifically a “house key” or a “car key” the words are kept separate. But this is not the case for Icelandic. Bíllykill, the word for car key, is made of the word for car (bíll) and the word for key (lykill) joined together. This practice can produce some very spectacular looking words, such as Eyjafjallajökull (the famous volcano that erupted in 2010).

Eyjafjallajökull is set together from three words: eyja which means “island”, fjalla which means “mountain” and jökull which means “glacier”. So put all together it becomes island-mountain-glacier, or more poetically ‘the Glacier of the Island Mountains’. Once you can see how the word is split up, then it becomes easier to pronounce. Eyja-fjalla-jökull or you can try saying this phrase really fast, “I forgot my yogurt”  and it almost sounds the same!

But Icelandic can do even better than Eyjafjallajökull! Try saying

Vaðlaheiðarvegavinnuverkfærageymsluskúrslyklakippuhringurinn! This is the longest word in the Icelandic language, and translates to “the key ring to the tool work shed in the road works of Mount Vaðlaheiði”.

Colloquial Icelandic uses many loan words, and whilst you are walking around Reykjavík you may hear words such as ‘partý’ (party), ‘næs’ (nice) and djók (joke). However, there are official translations for all news words that the Language Committee devises and promotes the use of, such as mobile phones, televisions, and radios. A popular ‘new’ word is the Icelandic word for computer: tölva.

This word is set together from two words:

So a computer in Icelandic can be literally translated as “counting witch”.

Although some of the Icelandic alphabet might seem a little strange to a non-native eye, the unusual characters ‘þ’ and ‘ð’ are actually in Old English! As English has developed somewhat over the years, here is a helpful guide for Icelandic pronunciation.

Come to Iceland and try out these new language skills for yourself!

Journey to the Snæfellsnes peninsula in style on one of our premium day tours, run exclusively in small groups.

See Iceland’s most iconic attractions on the Golden Circle route. Journey from Reykjavík to central Iceland and relax in the Blue Lagoon.

Join us on a trip to see the elusive Northern Lights. Our small bus version of this tour is run exclusively in small groups and will start with a visit to the Aurora Reykjavik Centre.