We’ve curated a bunch of lyrics and related photos (taken by @catgbeck) inspired by some our favorite local performers to get you excited about your upcoming trip to Iceland, or to make you nostalgic about your past experiences!

Many Icelanders will tell you that November is their favourite time of the year, because it is when the city comes alive with the sound of the Iceland Airwaves Festival. It all started 20 years ago, when a collection of  local bands wanted to have international success. They teamed up with IcelandAir (hence the name Airwaves) and chartered a plane to fly in important figures from the American music industry to see them play. Today, the festival is so much bigger than anyone could have imagined, and is also the first festival in the world to have at least 50% female performers and staff members. Under new management this year, the festival went back to its roots and had much more of a focus on local Icelandic talent.

Iceland is an incredibly creative country, and it’s no surprise to learn that a lot of Icelandic musical artists take inspiration from nature. We’ve curated a bunch of lyrics and related photos (taken by @catgbeck) inspired by some our favorite local performers to get you excited about your upcoming trip to Iceland, or to make you nostalgic about your past experiences!

First up is Ásgeir, who did a charmingly awkward interview and acoustic set in Skúli Craft Bar at Airwaves festival this year while debuting music from his upcoming album. His approach to music is unique in that he records all of his songs in Icelandic and again in English, so there are two versions of every song he writes. The Icelandic lyrics from his debut album were actually written by his father, who’s a famous poet. The father-son team now write lyrics together.

Here are some of the lyrics from his song ‘Soothe This Pain’: 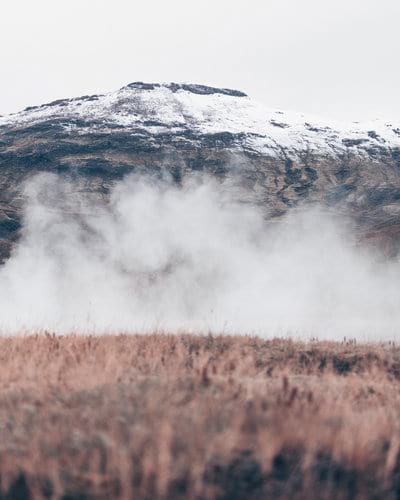 With long blonde hair and an impressive beard, Högni definitely looks the part of a true Icelandic viking. As a solo artist and member of bands GusGus and Hjaltalín, Högni is seriously talented on many different levels. His solo act includes him playing a variety of instruments, including piano, violin and guitar, as well as his raspy yet smooth singing voice.

His song ‘Innsæ’, (translating to ‘insight’) is gentle and dreamlike: 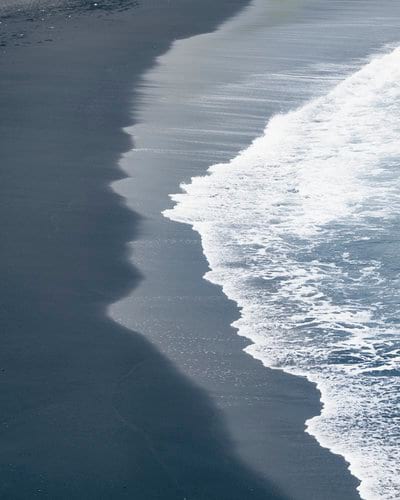 I’ve been a fan of this group for years, but I have to admit that until I moved to Iceland, I didn’t think the lyrics of this song were real words. I had the idea that they were recorded then played backwards. Little did I know that they are actually Icelandic words and make complete sense to the locals! ‘Hoppípolla’ means jumping into puddles and the song is about the carefree days of childhood.

Here are some lyrics in Icelandic and their English translation: 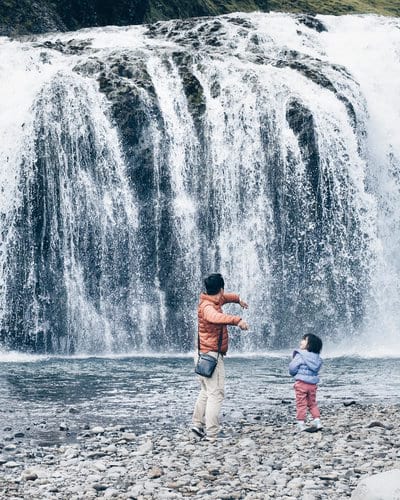 Of Monsters and Men - Mountain Sound

You may know this indie rock band for their huge hit ‘Little Talks’ which saw Of Monsters and Men rise to international fame in 2011. Since then, they have become the first Icelandic band to reach 1 billion Spotify plays.

Their catchy upbeat song ‘Mountain Sound’ paints a visual story of being in nature: 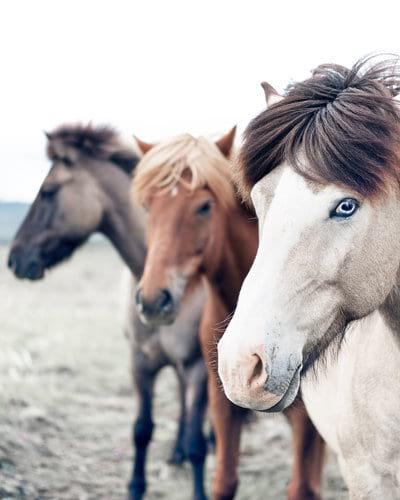 Between Mountains - Into the Dark

This female duo is one to watch: they were this year’s winner of the annual Icelandic Battle of the Bands, Músíktilraunir. Hailing from the beautiful Westfjords of Iceland, they create beautiful harmonies and haunting melodies.

Their song ‘Into the Dark,’ as the title suggests, is not an extremely optimistic song, but its tune and poetic lyrics are stunning: 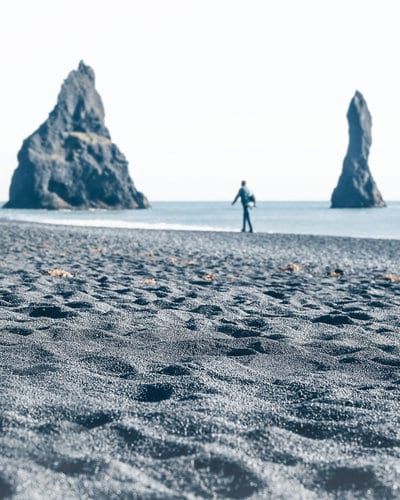 Also born in the Westfjords, Mugison, known for his English language experimental albums, also wrote an enchanting Icelandic language album. This song, meaning “levels of” in English, is popular among the locals as it’s about getting out of the city and reconnecting with nature - something Icelandic people are quite passionate about. 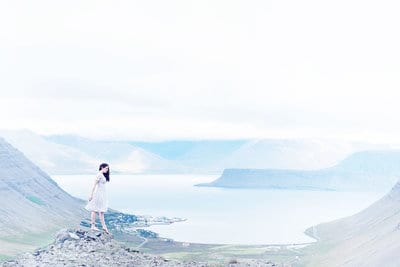 For some upbeat rock tunes, check out Bubbi. In this fast paced, catchy song, he sings about mythical trolls that have been turned to stone. Trolls and elves are popular in Icelandic folklore, with many stories containing tales of trolls who were foolishly still outside when the sun rose, turning them into stone to forever silently watch passers-by. 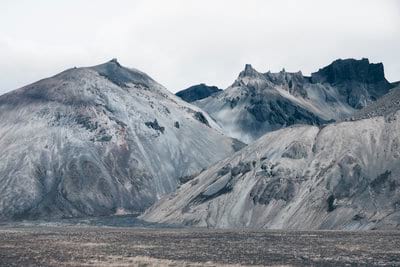 Rökkurró’s music makes you feel like you’re sitting in a field surrounded by towering mountains at dusk, watching the faint glow of a lone cabin in the distance. There’s something magical about this band’s relaxed, fairy-like sound.

In their song ‘Fjall’ (meaning mountain), they talk about being stuck in a rut in life and use such beautiful metaphors of nature. 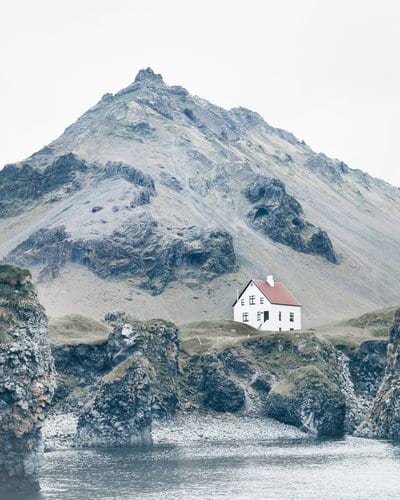 It’s hard to talk about Icelandic music without featuring Björk! In her most recent album Utopia, she creates her own paradise. In the title song, she uses recordings of birds from Iceland and Venezuela and has 12 Icelandic women playing the flute on the album. When watching the music video, you’re transported to a pink and gold world filled with unusual creatures and dreamlike plants. 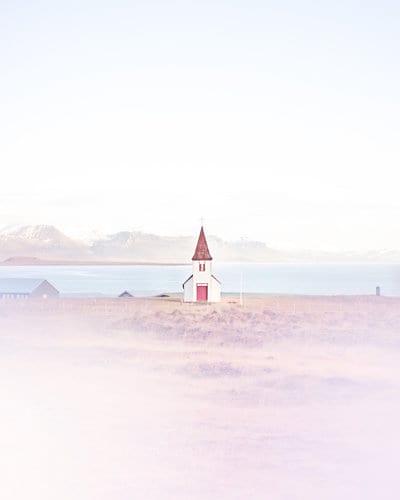 Vök create dreamlike, ethereal music inspired by bands such as Air and Portishead. If you want to see a jaw-droppingly beautiful video of Icelandic landscapes, watch their music video for ‘Waiting’ and see if you spot any of Iceland’s famous sights.

With slightly eerie but intriguing lyrics, their song ‘Waterfall’ has a slow beat with soft vocals. 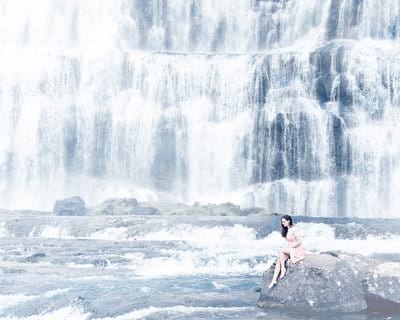 The quintessential Iceland day tour… With a twist! Join us as we take you to soak in the warm, relaxing waters of a traditional Icelandic hot spring before taking you along one of the most popular tourist routes in Iceland!

The most dramatic and variated scenery Iceland has to offer will unfold in front of you as you travel along Iceland's southern coast visiting glaciers, waterfalls and black sand beaches

Our Glacier Lagoon tour will take you along the scenic coastline of southern Iceland to the glacial wonders of Vatnajökull National Park and Jökulsárlón glacier lagoon.

Our day tour to Jokulsarlon Glacier Lagoon from Reykjavik with a lagoon boat ride takes you along South Iceland’s picturesque coastline to explore the breathtaking glacial landscape and vivid wildlife at Jökulsárlón. You will also get to enjoy sailing bet

Journey to the Snæfellsnes peninsula in style on one of our premium day tours, run exclusively in small groups.

Start your day at the Perlan Wonders of Iceland exhibition and go afterwards on a Golden Circle Afternoon Tour with BusTravel Iceland.