Winter has come and here are more photos (taken by @catgbeck) to get you excited about your upcoming trip to Iceland, or to make you nostalgic about your past experiences!

Iceland: the land of Ice and Fire. The country that teaches you patience as you wait for the road to re-open after a storm. The place that doesn’t take into account that you had plans, and reminds you that Mother Nature is a powerful force.

This December has been an interesting one: we’ve had no less than 4 storms this month, less snow than usual and pretty high temperatures for an Icelandic winter. 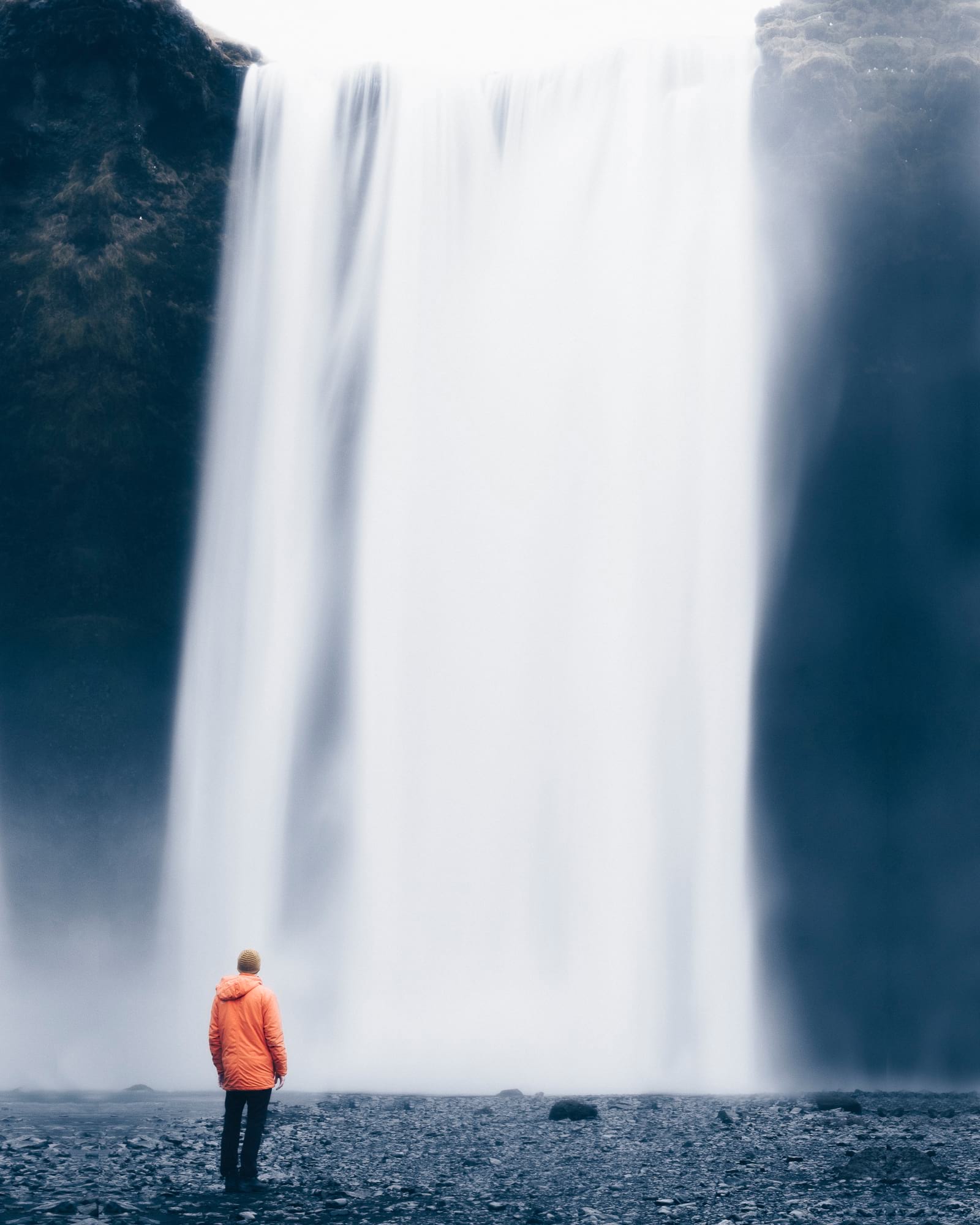 The month started with a beautiful snowfall in Reykjavík on the 3rd, where our city lake Tjörnin froze over and was covered with a picturesque white dusting. On the coast, temperatures went down to around -8°C to -10°C but up in the highlands temperatures plummeted to around -27°C! The sights of the Golden Circle glistened with snow, but it melted within a few days when the temperatures rose once again and the rain came.

Only 2 days after the snowfall, here in southern Iceland we had our first big storm of the month.  It lasted for around 2 days and gusts reached up to 50 metres per second near the mountains! Strokkur geyser sometimes has bit of a hard time in storms, where it would erupt and immediately be blown to the side, creating an unusual shape like in this photo, captured in yet another wind storm in late November.

The 11th and 12th of December both saw more storms barging through the south of Iceland in a windy fury.  As if this wasn’t enough, yet another windstorm (accompanied by heavy rain) came along on the 17th to the south coast.

December has also brought quite an unusual phenomenon for Iceland: some thunder and lightning! We had a total of 34 lightning strikes in the space of one evening, the locals were absolutely mesmerised as this is not something that happens very often. With zero snow, we had what Icelanders call a ‘Red Christmas’ as opposed to a ‘White Christmas’ - the word for red in Icelandic can also mean ‘vacant’ or ‘snowless’.

Apart from the weather, many people wonder what the daylight will be like in December in Iceland. The shortest day, December 21st, has a total of 4 hours of daylight. The sun rises at 11:30am and sets again at 3:30. If the sky is clear, the golden sunlight of winter is absolutely stunning. So although the daylight hours are not long, if you’re looking for quality over quantity the low winter sun is a photographer’s dream.

It’s been an uncommonly warm December, believe it or not. For example, the historical average temperature for December 13th is 2°C/-2°C whereas this year the actual temperature was 9°C/6°C!

The common joke is that if you don’t like the weather in Iceland, just wait 5 minutes! One day can bring sun, rain, sleet, snow and hailstones, it can be very dramatic to watch so have your popcorn at the ready.

Most people in Iceland are feeling a little bitter about this past summer, which was the absolute worst one since records began 100 years ago. One of the reasons for the bad summer was the position of the jet stream, which is also why countries like the UK had a heatwave. Between May 1st and July 11th in Reykjavik, there was a total of 7 sunny days. It rained every single day in May, then June saw just 70.6 hours of sunshine compared to an average of 210 hours.

Ending the month we have now little patches of frost and snow, with the mountains having an icing sugar-like dusting of snow, with the temperatures hovering around freezing. Let’s hope that the first few months of 2019 bring some nice snow, sunlight and smiles.